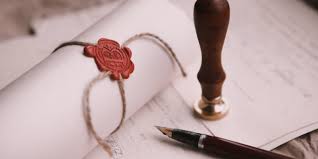 In the case of remote identification and countersigning, the client signs the document via an electronic communication device without appearing in person in front of the lawyer, and the lawyer verifies the identity of the signatory, his/her documents and the authenticity of the signature during the online call, which must be recorded.

Remote identification may be carried out by means of an electronic communication device meeting the conditions laid down by the Hungarian Bar Association.

The most common types are:

Our law firm uses Skype for such purposes on a regular basis.

In order to access/login to the application, our office sends a link to the client’s e-mail address, which can be opened at a pre-arranged and agreed time. Once logged in, a video link is established between the lawyer and the identified person, which the lawyer is obliged to record and keep for the period specified by law (10 years).

In all cases, the remote identification of the parties concerned shall precede the remote signing procedure.

3. These documents must be signed by the identified parties and their signatures must be acknowledged as their own during the identification process. The parties concerned must send the signed declarations to the postal address of the lawyer who carried out the remote identification.

Steps and methods of remote signing (signing by video telephone):

1. In all cases, prior to the remote signature, the countersigning lawyer sends the documents to be signed to the parties concerned and the contents are jointly agreed upon during the video link prior to the signature. If the document to be signed does not contain a declaration by the parties concerned that the contents of the document are in accordance with their will, they must make a verbal declaration, which will also be recorded during the video recording.

a.) the client signs the document during the video contact in front of the countersigning lawyer in the appropriate number of copies, after which the signed document is displayed in a clearly visible place and the client declares and acknowledges that the signature is his/her own;

b.) the client has previously signed the document in the appropriate number of copies and, during the video link, visibly acknowledges the signature to the countersigning lawyer when presenting the document as his own.

Once signed, all signed copies must be sent by the parties concerned to the following address of our office for countersignature.

The countersigning lawyer shall countersign the documents, referring to the fact of remote identification/remote signing and shall forward them to the competent authorities.

This website is provided and maintained by Havasi Ügyvédi Iroda (Havasi Law Firm) which is registered at the Győr-Moson-Sopron Megyei Ügyvédi Kamara in accordance with the laws and internal regulations applicable to lawyers, which can be found on the website of www.magyarugyvedikamara.hu together with the information on client rights.